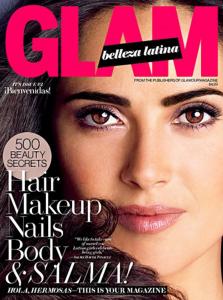 By Michael Strahan with Veronica Chambers

Published by Simon and Schuster

From America’s favorite football player turned morning talk show host—a man who makes just about everything look easy—a mélange of stories and motivational advice to inspire the reader to turn up the heat and go from good to great in pursuit of their personal ambitions.

Michael Strahan spent his childhood on a military base in Europe, where community meant everything, and life, though idyllic, was different. For one, when people referenced football they meant soccer. So when Michael’s father suggested he work toward a college scholarship by playing football in Texas, where tens of thousands of people show up for a weekend game, the odds were long. Yet he did, indeed, land a scholarship and from there a draft into the NFL where he scaled the league’s heights, broke records, and helped his team win the Super Bowl as a result of which he was inducted into the Hall of Fame. How? By developing “Strahan’s Rules”—a mix of mental discipline, positive thinking, and a sense of play. He also used the Rules to forge a successful post pro-ball career as cohost with Kelly Ripa on Live!—a position for which he was considered the longshot—and much more.

Order a copy from Amazon.com.

By Marcus Samuelsson, with Veronica Chambers

Marcus Samuelsson was only three years old when he, his mother, and his sister—all battling tuberculosis—walked seventy-five miles to a hospital in the Ethiopian capital city of Addis Adaba. Tragically, his mother succumbed to the disease shortly after she arrived, but Marcus and his sister recovered, and one year later they were welcomed into a loving middle-class white family in Göteborg, Sweden. It was there that Marcus’s new grandmother, Helga, sparked in him a lifelong passion for food and cooking with her pan-fried herring, her freshly baked bread, and her signature roast chicken. From a very early age, there was little question what Marcus was going to be when he grew up.

Yes, Chef chronicles Marcus Samuelsson’s remarkable journey from Helga’s humble kitchen to some of the most demanding and cutthroat restaurants in Switzerland and France, from his grueling stints on cruise ships to his arrival in New York City, where his outsize talent and ambition finally come together at Aquavit, earning him a coveted New York Times three-star rating at the age of twenty-four.

With disarming honesty and intimacy, Samuelsson also opens up about his failures—the price of ambition, in human terms—and recounts his emotional journey, as a grown man, to meet the father he never knew. Yes, Chef is a tale of personal discovery, unshakable determination, and the passionate, playful pursuit of flavors—one man’s struggle to find a place for himself in the kitchen, and in the world.

Read an excerpt from Yes, Chef or buy a copy from Amazon.com.